BMW Replaces the N47 with B47 engine for EU6 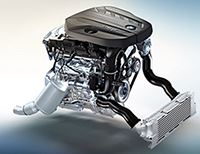 The infamous N47 engine produced by BMW powered their 2.0D range from 2007 up until present day to satisfy their Euro 5 range of engines.

The variants used by BMW included a different turbos and injectors meaning, despite the same principle modular block, it was not straight forward to get top model power gains on the low end models. This has all changed with the new EU6 B47 engine as the 2.0D 147bhp uses the same turbo and injectors as the 187bhp and even share the same code of B47D20O0. This allows our software developers to extract the full 235bhp from the basic 147bhp model giving over 60% increase in power and all within tolerances and absolute safety.