Here's why you should remap your Ford Ecoboost engine 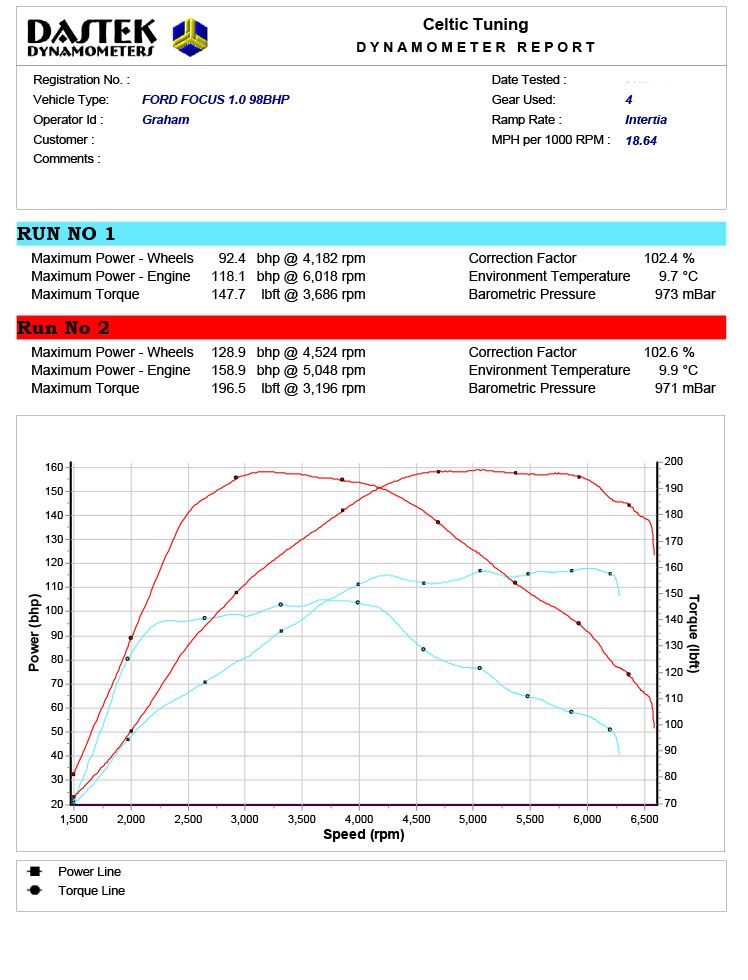 The last 10 years has seen the cost of crude oil and fuel prices increase at exponential rates making the cost of motoring even more of a burden to the motorist. The manufactures as a result have invested huge sums of money in development of small capacity fuel efficient engines to replace the larger out dated units. The cause of such developments isn’t just fuel prices, with the ‘perceived’ effects of emissions on the controversial debate over climate change, governments have used vehicle emissions as another form of taxation and as such the need to drive down emissions has come into play.

Fords answer to this is their highly acclaimed 1.0 Ecoboost which among many awards, scooped the international engine of the year award in 2012! This new 3 cylinder engine revolutionises the way we see compact turbo charged engines as it replaces the outgoing 1.6 litre line-up. Its brief was to provide the same power and torque as a 1.6 but with cleaner emissions and more fuel efficiency to which it achieved in all areas. With power up to 125bhp and torque figures up to 148lbft the 1.0 Ecoboost delivers more power than any 1.6 and keeps emissions down to just 109g/km and a combined efficiency of an impressive 58.9mpg!

The new 1.0 Ecoboost runs direct injection and a very small yet highly efficient turbo charger which is coupled with the latest MED17 management system from Bosch. Along with many breakthroughs in design focused on reducing internal friction, this little Ecoboost engine has set new standards in power and efficiency of small compact engines.

On the dyno the standard 98bhp managed an impressive 118bhp and 147lbft which is up from the 98bhp and 118lbft the factory figures claim. Even still, after a lengthy development program we managed to achieve a mighty 158bhp and even more impressively 196lbft of torque! With a raised RPM limiter and faster spool up, the torque delivery on this 1.0 Econboost puts some diesels to shame… it truly is an impressive engine! To put it into some perspective just how good this engine is, an engine’s power for comparison is measured in bhp per litre and lbft per litre, so if we upscale it to 2.0 format it would deliver 316bhp and 392lbft. A VW Golf R is the top spec 2.0 Turbo engine, it delivers only 270bhp and 258lbft torque… The new Vauxhall Astra VXR 2.0 Turbo engine delivers only 276bhp and 295lbft… Not even a 2.0 Twin turbo diesel can compare with these torque figures!